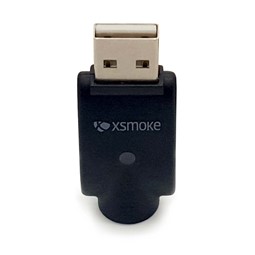 Does your XSmoke® e-cigarette need to be charged?… 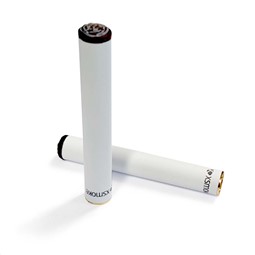 You can now buy the popular xsmoke® battery separ… 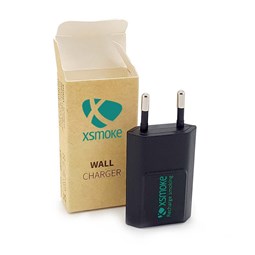 We also used to offer our customers a european wa… 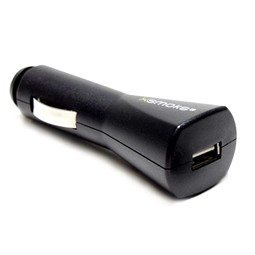 Does your e-cigarette battery run out when you’re…

Here you’ll find our popular xsmoke charger. All starter kits, subscription packages, and many of our other kits come with a USB charger for your xsmoke. An xsmoke charger is needed when the battery runs out of power sooner or later-- vaping the e-cigarette requires a charged battery.

We now offer this smart xsmoke charger that you simply plug into a wall outlet instead of the computer. It is incredibly easy to deal with, and at the same time easy to carry on the go if you don’t happen to be near a computer. This might be while on vacation where there isn’t always access to a computer. An xsmoke wall charger means that you can always have a charged xsmoke ready for use. For many of our customers who‘ve been heavy smokers, it‘s a "must" that they always have their xsmoke ready to go so they won‘t fall into the trap when the craving for nicotine hits. With a wall charger for your xsmoke you can be sure that you keep your smoking plans on track!

It can be difficult for many to resolve to completely quit smoking, and for many it would be also an impossible feat to quit "cold turkey". The transition from regular tobacco cigarettes to e-cigarettes is actually easier than it sounds! As an xsmoker you don’t have to do without nicotine or the feeling of smoking, and therefore it’s not as difficult to suddenly to say goodbye to cigarettes. With time, you can scale down the nicotine strength, and before you know it you'll be on track for life as a non-smoker. There are many advantages to being a non-smoker, and you‘ll definitely have noticed the media's intense focus on the dangers of smoking. Smoking is both unhealthy and expensive! E-cigarettes are a much healthier alternative than tobacco cigarettes, and if you smoke a pack of regular cigarettes per day you’ll be saving a lot of money in the long term that you can spend on something you‘ve wanted for a long time. xsmoke is far more than a financial investment - it is also an investment in your health. After just a few weeks you‘ll notice how the smell and taste has improved, and after 12 weeks of xsmoke your lung capacity will have improved significantly.

Many smokers may think that it‘s "too late" if they‘ve smoked most of their lives. Studies have actually shown that after 5-15 years as non-smoker your risk of lung cancer will return to the same level as people who never smoked. This means that if you are 45 years old and quit cigarettes now, by the age of 50 your risk level could be the same as your friends or the man who has never smoked. It‘s something that we at xsmoke believe is worth pursuing as a goal, and our xsmoke products can help you reach yours!

We offer our products exclusively to adults (age 18+)! To visit these pages, you must be at least 18 years old.